On 25/08/2018, EcoSoch commissioned one of its first apartment project for Hemalatha Heights at Bangalore. As part of this case study, we would be comparing the BESCOM bill of this apartment pre & post solar installation. Details of the project are provided below: 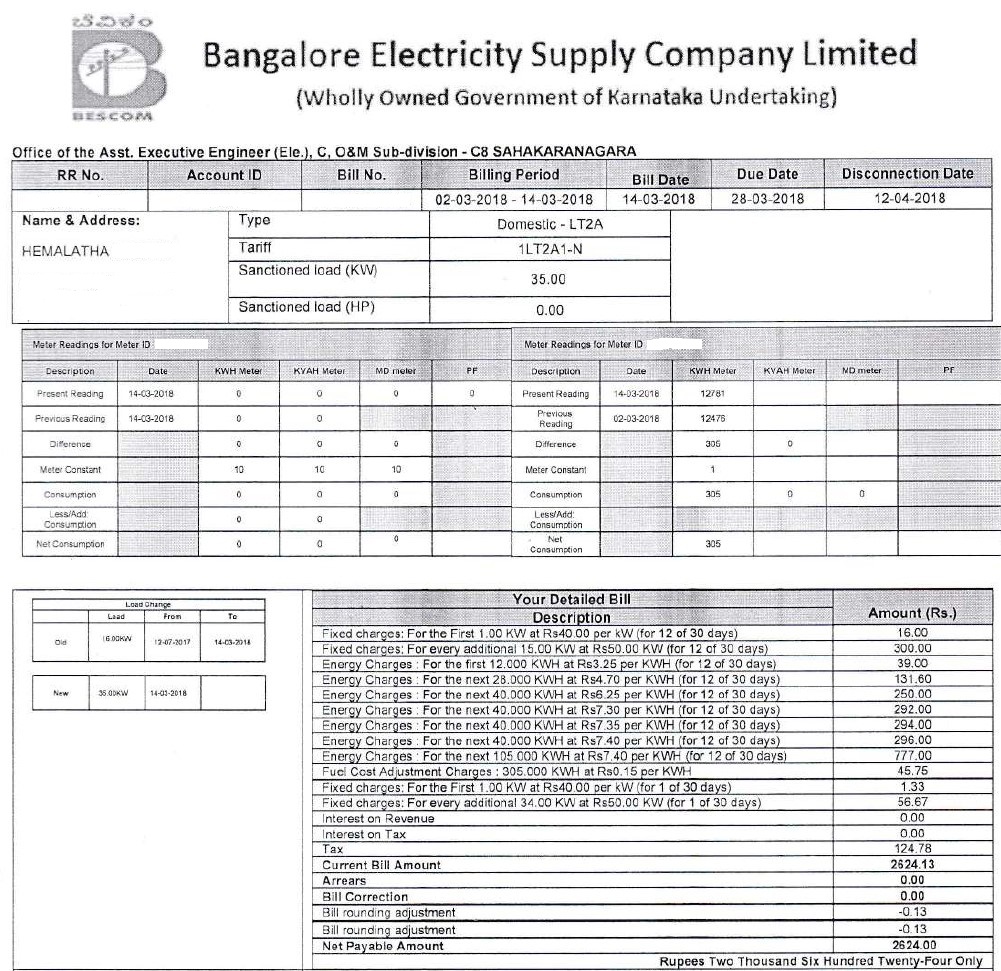 After installing the solar plant, the apartment is getting paid around 25,000 every month by BESCOM since they are exporting energy more than what they are consuming. For example, in Feb 2019, they exported 4785.1 units and imported 394.3 units from BESCOM as can be seen from the below bill. Thus the net energy exported is 4785.1 – 394.3 = 4390.8 units for which BESCOM will pay as per agreed rates mentioned in the PPA. 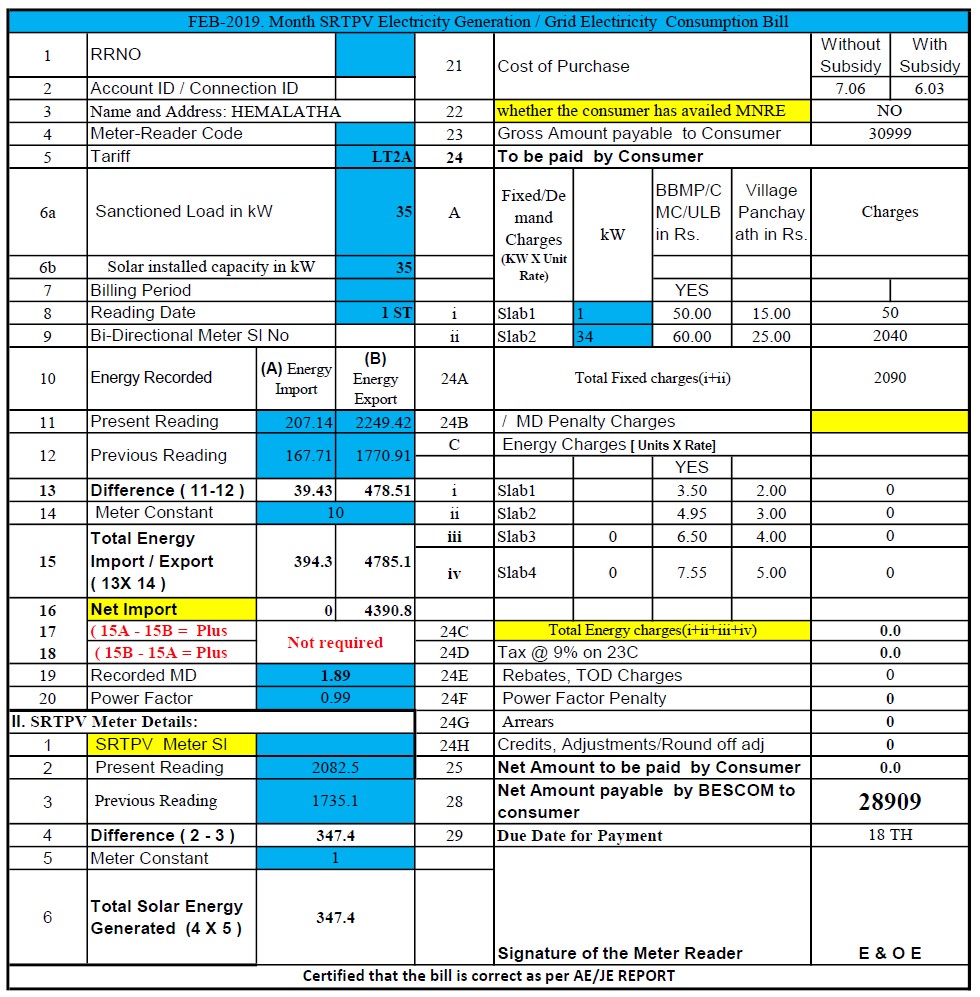 So there you go, the proof is in the pudding. The solar rooftop plant drastically changes the landscape and turns into a revenue generator. At this rate, the apartment will reach the breakeven point a lot faster and have a payback period of just 2-3 years after which the electricity will be completely free, sponsored by the Sun!

EcoSoch has install 300+ rooftop projects for residential and commercial owners.

Customer satisfaction is our utmost priority. We believe in giving our customer a hassle free experience.

EcoSoch solar has got 10+ Years of experience in Solar Installation.

Got incubated from Sunlit future in Auroville. We have been installing solar plants across the countries. Backed by passionate and driven people.