Expected changes in Solar Policy by KERC & BESCOM in Karnataka

Blog on : How solar policy has changed over the years in Karnataka and forebode changes that are expected to come up in the future after the current policy expires on March 31st, 2020

The first Karnataka state solar rooftop policy has come into effect in Oct 2013. This policy was set up by the Karnataka Electricity Regulatory Commission (KERC). However, the policy came into effect only in 2014 after KERC has listed out the implementation guidelines to all the ESCOMS.

Under this order,consumers were allowed to install solar plant and avail net-metering mechanisms to offset electricity bills. The energy produced by rooftop solar unit is set off against the energy supplied to the consumer, and the difference is billed. Any excess energy that is produced and exported to the grid is purchased by ESCOM’s at the tariff of Rs 9.56/unit. This policy was applicable for any agreement signed on or after 01-04-2013 and up to 31-03-2018 for a period of 25 years.

However, the tariff amount set for net-metering has changed over time, almost once every year.  Current tariff is Rs 3.07/- as on today for systems above 10 kWp and Rs 3.99/- for systems below 10 kWp. 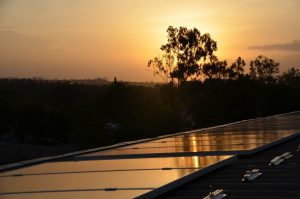 Over the last 6 years, the solar rooftop policy in  thestate of Karnataka has gone through major changes. Based on some of the changes that are being recently implemented or proposed in Karnataka and in other states, we anticipate that further changes in the rooftop solar policy are in the offing.

Following are some of the changes that could be implemented by KERC in its new tariff determination order:

Every year there have been changes in the solar rooftop policy in the state of Karnataka. There has been a significant change in the solar tariff amount or in the solar policy itself to make the policy financially lucrative to utilities. Most ESCOM’s feel that net-metering is a loss of revenue for them in long run. They strongly object to any solar tariff to be paid as they think, it will lead them to raise the tariff amount to all other non-solar consumers. While it might be true, the government should also take into cognizance that power from thermal power plants has a significant environmental impact for generations to come.

Even with best intentions from the Commission and the BESCOM to promote solar rooftop in the state, it is highly unlikely that the current policy will be continued past March 2020. Considering that current net-metering policy with ability to install solar up to 100% of the sanctioned load, is available in Karnataka.

We strongly recommend all the consumers who want invest in solar, to reconsider going for Solar installation NOW and take advantage of the current state policy. Current policy is set to expire on March 31st, 2020. Any consumer who signed the PPA before March 31st, 2020, will be eligible for net-metering and the consumer will be given 6 months from the time the PPA is signed to commission the project.