Why is energy storage necessary?

How can we store energy?

We generally use lead acid batteries to store energy because of their popularity and manufacturing simplicity. But they have been proved to be a disadvantage and lithium ion batteries are slowly replacing them. Yet, the present systems use the traditional lead acid batteries.

What are lead acid batteries?

These are also called starting batteries, deep cycle batteries. They deliver a short, high current, power bursts like the amount required by the car engine at the time of start. They are called deep cycle batteries because they can be drained almost to completion at times required. 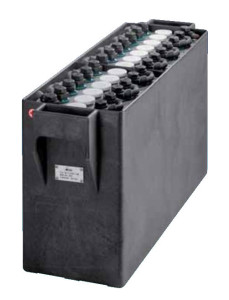 They are simple and cheap to manufacture. The materials inside these batteries are lead peroxide, sponge lead, dilute sulphuric acid. They are very reliable; have low self discharge probably the lowest, low maintenance, high discharge rate capability. They deliver low, steady level of power for a longer time.

Now when we look at the cons of these batteries, there are many. First of all the main element of operation, lead is toxic. Environmentally unfriendly. Next, they have low energy density (very poor weight-to-energy ratio). Can be used for stationary and wheeled applications. Though it can provide limited number of full discharge cycles, it’s mostly used in standby mode and for occasional deep discharges. Flooded type lead acid batteries are subjected to transportation problems due to spillage issues.  Also, there is another problem called thermal runaway, which means with the increase of temperature of outside system, there is increase in the rate of chemical reactions which causes further increase in the temperature of the system.  This allows more instantaneous power to be extracted from the battery at higher temperatures. At the same time higher temperatures improve electron or ion mobility reducing the cell’s internal impedance and increasing its capacity.

An increase of temperature initiates unwanted or irreversible chemical reactions and / or loss of electrolyte which can cause permanent damage or complete failure of the battery.

As the temperature decreases, the electrolyte may freeze, above the freezing point of the electrolyte, battery performance starts to deteriorate as the rate of chemical reaction is reduced. Even though a battery may be specified to work down to -20°C or -30°C the performance at 0°C and below may be seriously impaired.

Note also that the lower temperature working limit of a battery may be dependent on its State of Charge. In a Lead Acid battery for instance, as the battery is discharged the Sulphuric Acid electrolyte becomes increasingly diluted with water and its freezing point increases accordingly.

Thus the battery must be kept within a limited operating temperature range so that both charge capacity and cycle life can be optimized. A practical system may therefore need both heating and cooling to keep it not just within the battery manufacturer’s specified working limits, but within a more limited range to achieve optimal performance.

Lithium is a highly reactive element which is capable of producing highly energetic batteries. The materials used in lithium ion battery are lithium iron phosphate, carbon and a lithium salt electrolyte. 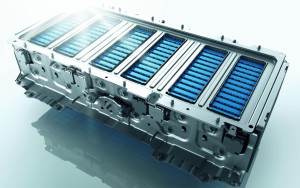 They require low maintenance. They have high energy density and are space efficient. Using lead-acid technology, it takes 6 kilograms to store the same amount of energy that a 1 kilogram lithium-ion battery can handle. It takes only one fourth of the space consumed by the lead acid type to deliver same amount of power as them. There is no scope of leakage in this kind. They also get charged quickly even though they can’t be deep cycled like lead acid batteries. They are highly efficient in the case of charging and discharging at higher currents.  At room temperature, idle (stored or disconnected) LA batteries lose 5% to 15% of their electrical capacity per month, compared to 1% to 3% for Li-ion battery. In RE applications where energy is used only occasionally or during periods of low RE source, this can be a useful attribute. Their internal resistance is almost quarter of the lead acid batteries which reduces the energy lost due to heat.

On the other hand, they are expensive but their lifetime per kWh is much lower when compared to lead acid batteries. They need protective circuits for safety as they are not as robust as lead acid batteries. But they do have high open circuit voltage which increases with state of charge. They are sensitive to high temperatures. They age very quickly and rate of degradation is faster with increase of temperature and should not be discharged completely. Also, there are many regulations to be taken care of during transportation. The storage capacity of LAs drops by 50% at – 4°F, compared to 8% with a Li-ion battery. Keeping lead-acid batteries warm so that they maintain reasonable capacity in cold climates can be challenging, giving Li-ion battery an advantage. However, Li-ion battery batteries generally should be charged at a slower rate when cold is usually no more than a C/10 at ambient temperatures below 32°F.