What is Lightning Arrester?

When any of us talk about Electricity or related, there is always safety which we are worried about. Especially when working with electricity and its components. Why is the safety so important? Any kind of mistake could cause a fatal damage. There are four kinds of common injuries which could happen where electrical current accidents take place.

In order to avoid any kind of injury to humans or damage to the electrical equipment safety measures are taken as an important task before, during and after execution of the work.

Now, what does Lightning Arresters have to do with this?

Lightning Arresters are basically to divert any kind of surge which is caused due to “Lightning” and avoid the damage it could cause to the equipment and humans. They are generally installed on the top of buildings at the highest point. There is a conductor which is grounded.

Lightning Arrester doesn’t stop the lightning but it diverts and gives a safe path for the lightning to travel into the ground without passing through any of the electrical appliances. We can compare it with a heavy vehicle going passing through the outer ring road of a city without touching the internal roads of the city.

Lightning arresters help in controlling the damage that can be caused by lightings.

On an average one single lightning bolt can produce up to 30kA of current, 15 coulombs of electric charge and 1500 megajoules of energy.

What is the difference between Lightning Arrester & Surge Arrester? 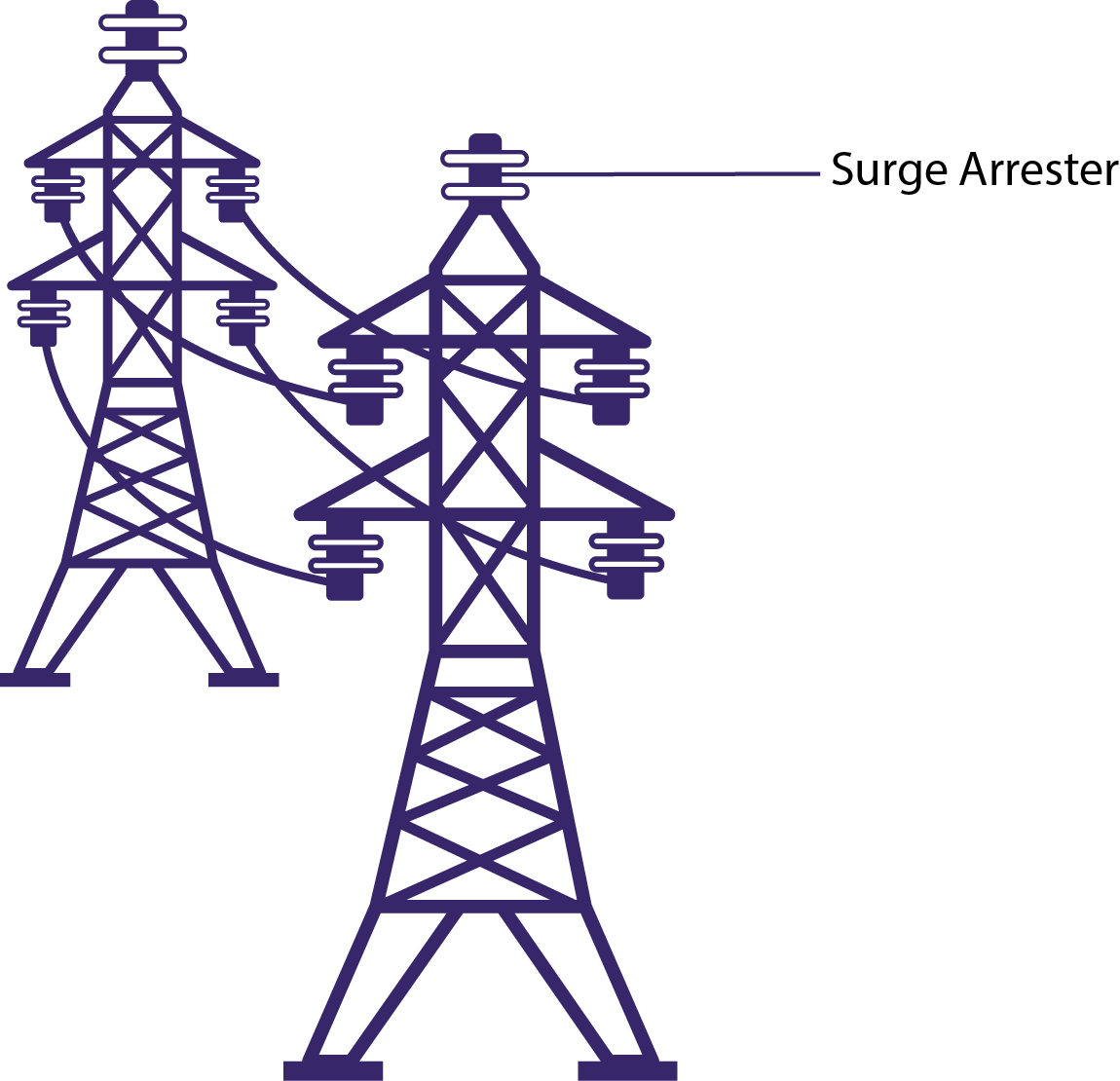 These are typically used in the transmission lines. The ones which look like spirals on the top of the transmission towers are basically the surge arresters. They are also used in substations in order to avoid different types of surges possibly to occur.

Whereas Lightning arrestors protect only from lightning.

About the Author: Pramod Satish Rapeti