We do not need to install new AC earth pits for solar projects since the existing AC earth pits would suffice (if they have been designed properly to handle the fault current).

In a solar installation, we are not increasing the overall AC current in the AC circuit. Before solar, if 10A was flowing in the AC circuit, this entire 10A would be supplied by the Grid. Now, after solar installation, 4A would be supplied by Solar and the remaining 6A would be drawn from the Grid. Thus overall only 10A would be flowing on the AC side. Since current is the same, the fault current too would be the same which can be handled by the existing AC earth pits. Therefore there is no need for a new AC earth pit.

A fault current is the current flowing during a ground fault (as shown in the image below where 0.1A flows through the person into the ground). While there are other types of faults that can occur it is generally widely accepted that 98% of all electrical faults are ground faults. In the below ground fault, the line wire is touching the cabinet which can shock a person touching the cabinet. 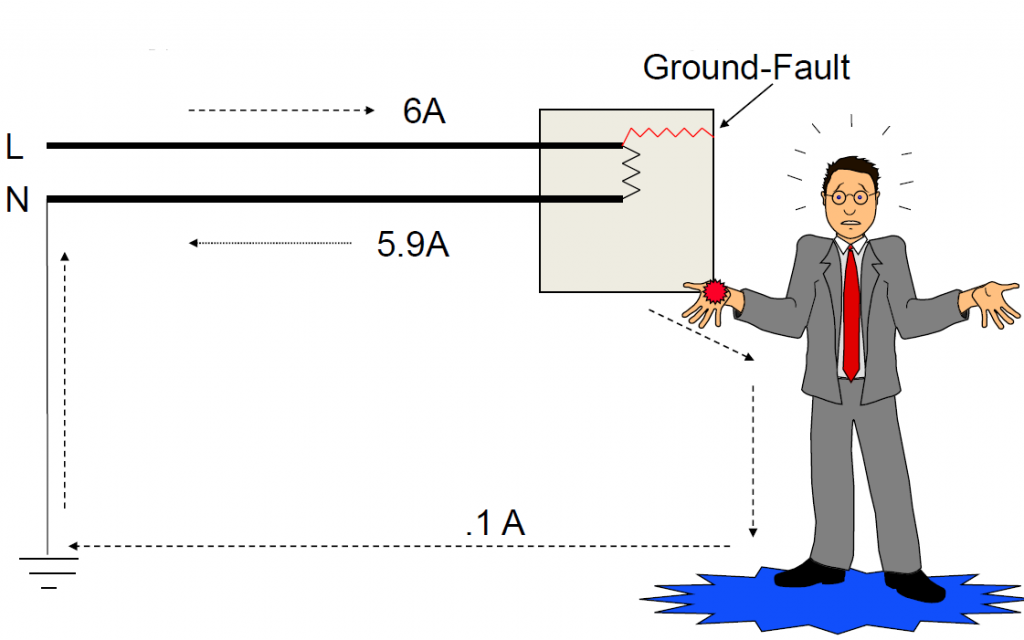 A ground fault is an inadvertent contact between an energized conductor and ground, or a grounded equipment frame. The return path of the fault current is through the grounding system, and any personnel or equipment that becomes part of that system. Ground faults are frequently the result of insulation breakdown.