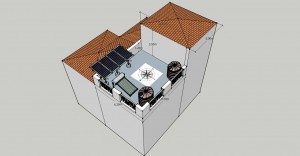 A lot of questions still arise in the solar generation system,

Whether the system will perform?

Will my solar panels work even for a year or so?

Will my inverters work?

In this article we answer all of these questions about solar generation in Bangalore as we have the data of last four years to back us up. Back in 2015 the reliability of solar systems was questionable. During that time, we only used string inverters (mostly without remote monitoring) which were just converting the DC to AC at a string level and synchronizing with the grid. The systems were robust but a lot of times were spent on maintenance and without constant supervision, the system would remain down which meant a loss of revenue. We started finding the solution for the problem and got in touch with Enphase team in Australia. Now Enphase is  one of the most intelligent micro-inverter systems out there in the market and we chose it for one of the system owners, which incidentally turned out to be one of the first Enphase systems in India.

Enphase has its own several advantages like the ease in designing, working well in shadow prone areas and luckily(for us) the site conditions were unfavorable  for string inverter due to shadow issues and going with micro-inverter was the only option of doing solar at the site.

The system is located in a villa community with lot of shadow issues and absolutely no roof-top area but our design engineers didn’t give up. We came with a customized solution for the client, using the parapet wall as one of the support and other support to be kept on the Flat RCC roof available.

What we achieved out of it was a aesthetic pleasing architect approved solar plant of 4 panels with the latest micro inverters. The system got commissioned on 5th January 2016 and has been performing well.

Design flexibility with the enphase micro inverter helped us to achieve the maximum profitability for our client and with the online monitoring it helps us as system installer to maintain the system in an easier way.

How much solar energy has the system generated till date?

The figure above is a snip from the online portal and tells us how many units each panel has generated. The next question which might arise in our mind after looking at the figure above is why the panels are not generating the same amount of energy after all they are rated at the same wattages. The answer to this question is because of the shadows from one of the side is longer than the other, effects the generation. In case of an string inverter the generation from the lowest generating panel in a string would have dictated the generation of the other panels as well.

If we average out the generation for the system we get around 3.9 Units on an average for almost 4 years which is quite interesting and  is more realistic and practical. 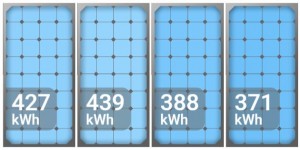 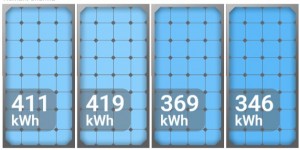 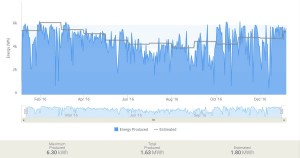 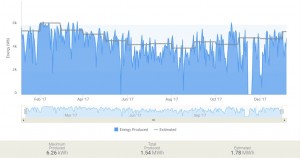 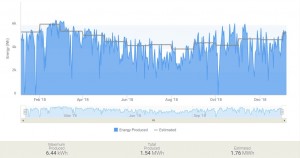 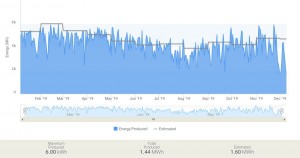 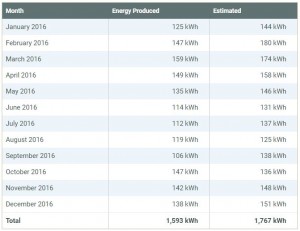 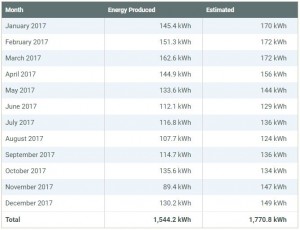 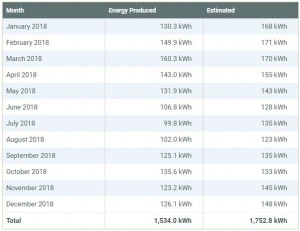 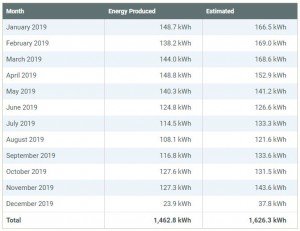 It’s just a matter of time where not just a few people in our country but everyone starts to admit that solar PV system is an asset generating system and we see more and more investment in the residential industry.

About the Author: Samant Jain