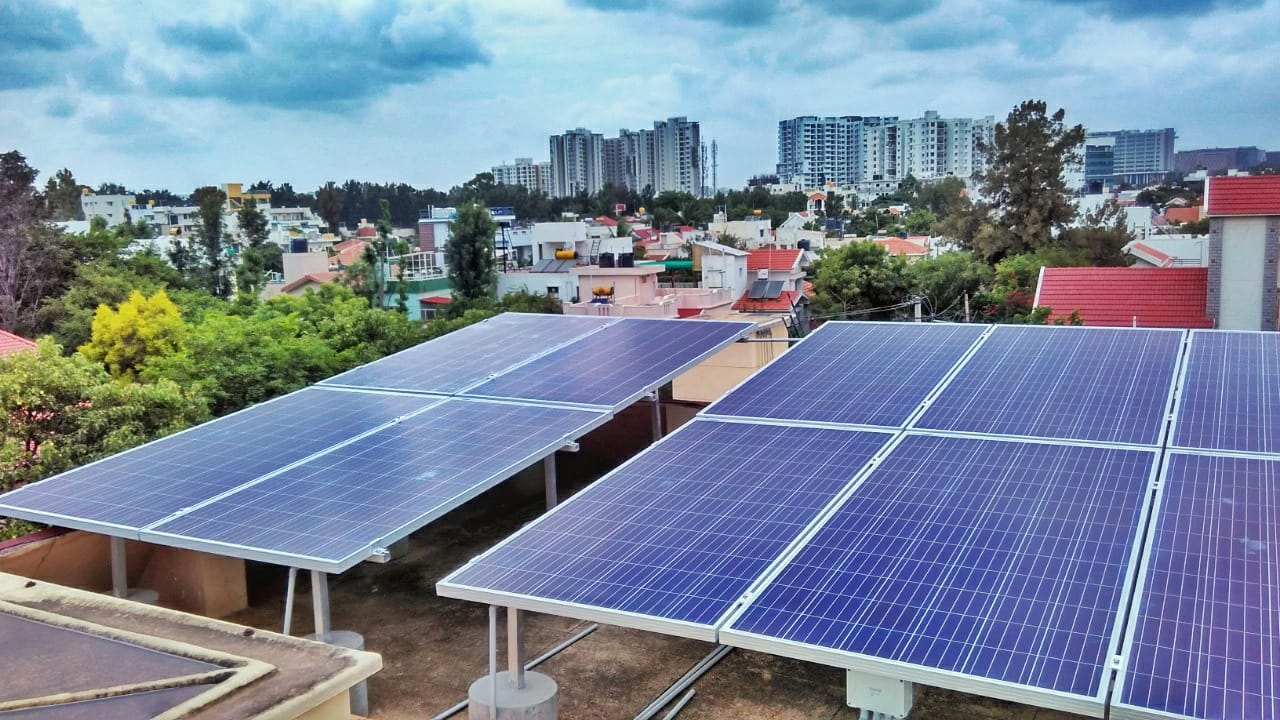 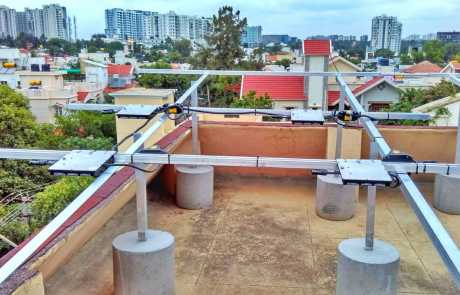 “Does it work at all in the monsoon months?” “I don’t think Bangalore is an ideal place for Solar Rooftop installations “

Having Installed more than 300+ systems in Bangalore, we are sitting on a ton of data and we will be sharing them out as blog posts over the next few months.

Note: The thumb rule in the solar market for generations of solar rooftop systems in Bangalore is that “A 1 kW system will generate 4 units per day or 120 units per month”.

This post features the data from our 4.7 kW On-Grid Solar Rooftop Installation at Rainbow Drive Layout, Bangalore. The system was installed in September 2017 and this post captures the data of the system from September 2017 to May 2020. As per the Thumb Rule, this system should generate 564 units per month.

The average for the year 2020 as of May 2020 is 4.6 units per kWp, but as we are entering the monsoon months, the generations will start coming down as you can observe from the data of July-September of previous years. 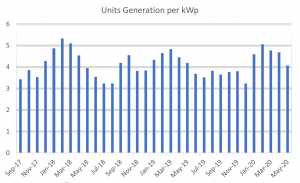 Graph of Energy Generation for the last three years

The conclusion is that the thumb rule of 1 kW generating 4 units per day or 120 units per month is a yearly average. This value changes from month to month and goes as high as ~5 units per kWp and as low as ~3.2 units per kWp.

What does a person who wants to install solar rooftop for his house do with this data? Analyze the electricity bill usage of the last few months (ideally 12 months) and then make an informed decision for the best possible system size for the residence.

A typical solar rooftop system is designed such that it lasts for the life of the solar panels at least, which is 25 years. To ensure that the life of the solar mounting structure lasts as long, we at Ecosoch Solar use Aluminium Structure and SS Fasteners.  For more on the Fasteners and Aluminium mounting structure please read here. https://www.ecosoch.com/art-solar-power-plant-maintenance/

Apart from that, we use the prefab ballasts made out of concrete. These ballasts are just taken to the client site to fix them on the roof. These ballasts are movable and are not routed on the roof. This is useful because we don’t grout the rooftop, which might cause any water leakage because of poor waterproofing. Apart from that if the client decides to move the solar system to another roof, it’s very easy to dismantle the full structure along with the panels and to move them to a different roof. It’s with this intention that we choose to go for Aluminium structure with the prefab ballasts. 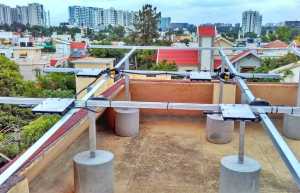 Maintenance of the System

The System also provides per panel monitoring for end-user via Mobile Remote Monitoring applications, The remote monitoring helps the customer to keep a regular tab on the energy generation and system working.

Get A Quote Today

Fill in the form for a free quote. Our Solar expert will reach you with a quote at the earliest.

Get a free site survey within Bangalore

About the Author: Gopi Krishna M