Many-a-times it’s inherently assumed that the bigger the better and cheaper. So ideally speaking the Central Inverter architecture (small number of very large inverters ) are cheaper and have better performance that that of String Inverter Architecture (large number of smaller inverters). However, in solar, the bigger is not best in all the cases. Each type of inverter architecture has it’s advantages and disadvantages.

Panel Array Orientation: Each String Inverter comes with a separate MPP Tracker. And many of of the commercial string inverter models available today come with two MPPTs. An array of panels connected to a inverter needs to be oriented in the same direction and should have same shading conditions. This is to avoid any significant losses and also create hotspots that will deter the panels in the long run.  In string architecture, the idea is to have many smaller size inverters. Each inverter can be connected to a one set of Panels that are oriented similarily. This gives us freedom to have array of panels on different buildings with different directions, each connected to a different string inverter.

System efficiency: The efficiency of system depends a lot on the system design. If a bigger inverter is chosen for smaller set of Solar panels, then there is a efficiency drop. Any inverter works at it’s peak efficiency of 97.5% or 98.5% when the panels capacity is not under designed. So it’s better to choose a smaller rated solar string inverter in case where the total Solar Panel capacity is under sized.

System Cost: It’s cheaper to transport and install larger no of string inverters than a big central inverter. A central inverter due to weight and amount of heat it generates might need a concrete foundation, Cooling Chamber etc with larger conduits. This could be completely avoided with String inverter that can be installed right below the Solar panels.

System uptime: In case if one of the string inverters needs to be shut down for any maintenance activity, then we don’t need to turn off other inverters. So this avoids complete shut down of the system and there will be generation of power from other inverters.

Replacement Cost: It’s cheaper to replace a string inverter than a central inverters due to it’s size.

System Cost: The cost of system could go significantly higher with this type of architecture. So in case of larger systems (MW) where all the panels are ground mounted and oriented in the same direction, it might just make sense to go for central inverters due to the cost, albeit system down time might increase in case of failures.

Maintenance: Since there are multiple inverters in a system and each might be at different locations at any given site, it might require more maintenance  than that of a single inverter. But this could be significantly reduced with a good monitoring system.

Space: As it’s a distributed architecture, one needs to have more space to keep each inverter and a separate cabling needs to be done to each inverter. 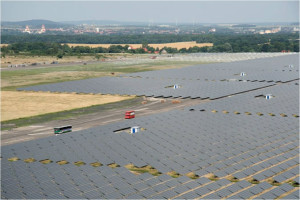 Panel Orientation: In cases where the panels are all oriented and angled the same way, Central inverters offer the best optimal production with lower DC Watt unit cost.

Space requirement: This inverters are better suited for places where the space at a premium cost. Using smaller number of larger inverters would be a prudent choice.

Fewer Control boards: A 500KW of solar system with 10KW inverters will require 50 Control Boards, each connected with separate protection and disconnect switches, while a central inverters of size 500KW requires only one control board. Although insignificant, there will be more collective consumption loss for 50 string inverters and with one single central inverter

Easy Monitoring: It’s easy to monitor central inverters as there are few inverters, while we need a sophisticated monitoring system to monitor multiple string inverters.

Maintenance: A central system requires a separate cooling and filtration, while a string inverter doesn’t need to have extra fans.

Considering that there are advantages and disadvantages in both the systems, It’s important that we evaluate different site conditions and requirements before we choose the type of solar inverters we use for an installation.