Almost in all meetings, we have noticed that clients require clarification on the placement and orientation of panels. Particularly, clients have pointed out that shadows are falling on panels at 5PM or early morning at 7AM. In this regard, it is imperative upon the EPC to educate the client on the solar window period during which the shadow analysis should be typically performed.

Within the solar industry, it is a common consensus that the best time to perform a shadow analysis is during the window period from 9AM to 3PM because that is when we have the maximum sunshine. This can be ascertained using the Sunshine Recorder tool as well (shown below): 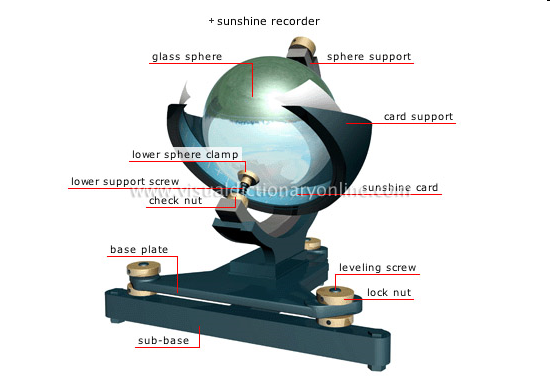 This tool employs a glass sphere (lens) to focus the sun’s rays to an intense spot, which will char a mark on a curved card mounted concentrically with the sphere. As the earth rotates, the position of the spot moves across the sunshine card. When the sun is obscured, the trace is interrupted. At the end of the day the total length of the trace, less gaps, is proportional to the duration of sunshine.

The record cards are made from a special board which produces a clearly visible trace even in weak sunlight. Different cards are used for different seasons. Each card is marked with hourly intervals. Whilst it is kept in the sun, the lens will concentrate the light onto the card and create burn marks as shown below.

In the above image, there are 4 cards with varying degrees of burn.

Thus, it could be inferred even if shadows are forming on a particular day at 5PM, it is not a cause of concern since there are no shadows falling on the panels during the critical Solar window period from 9AM to 3PM.